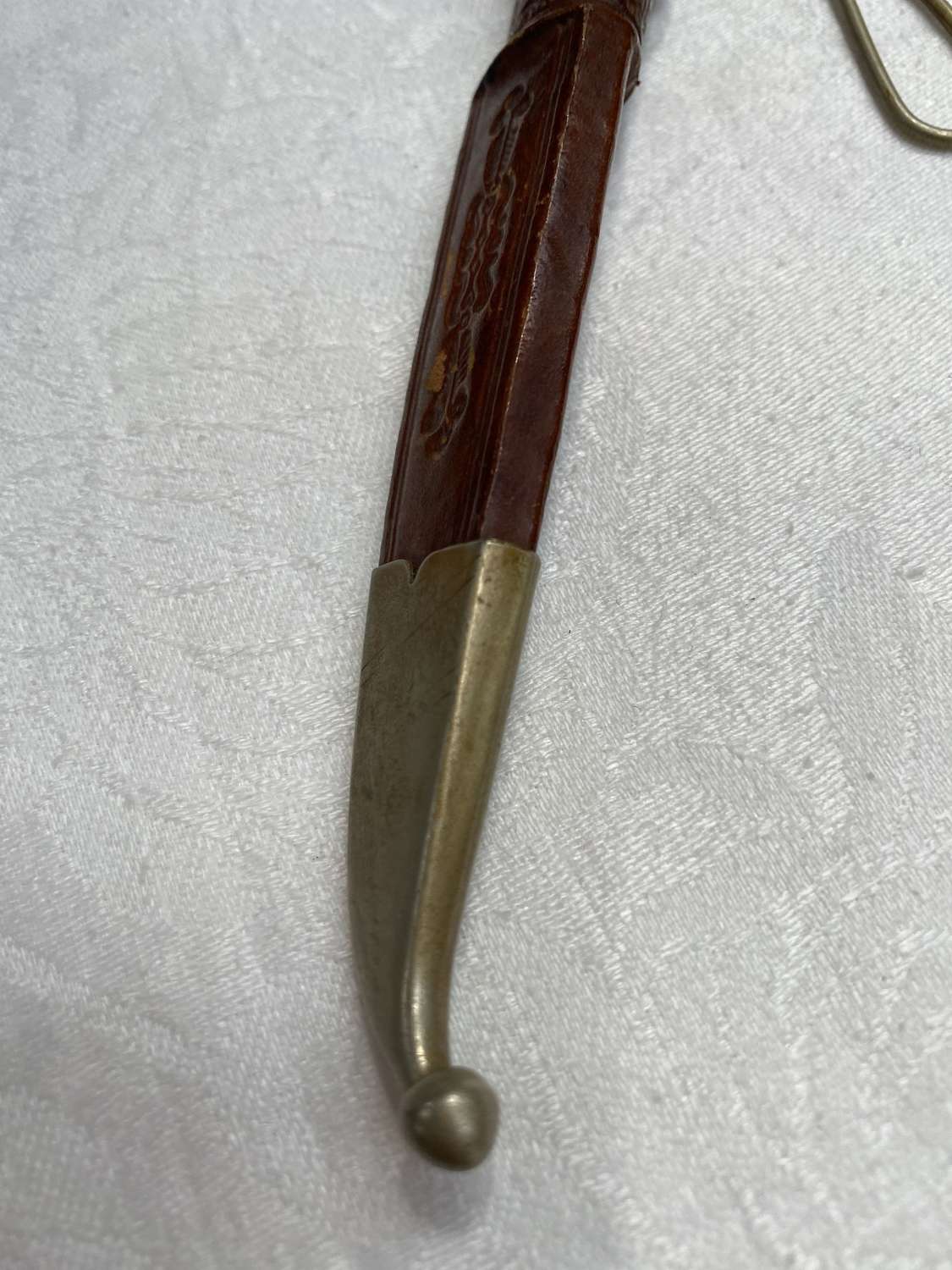 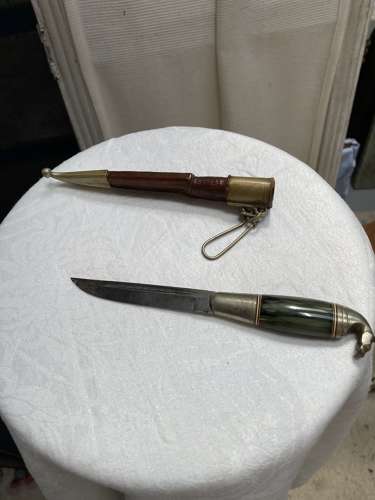 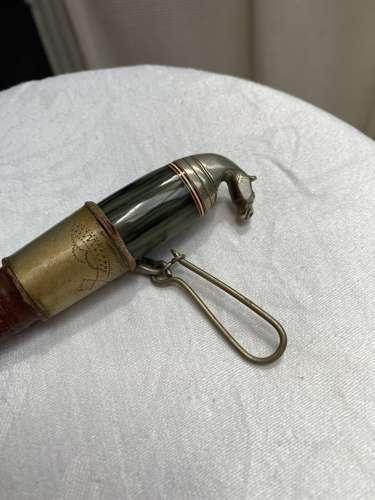 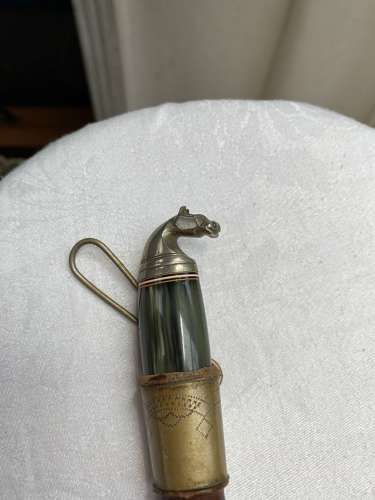 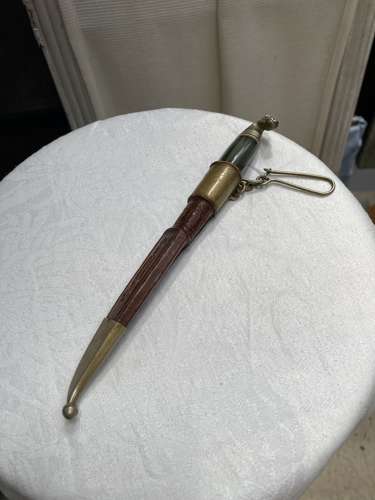 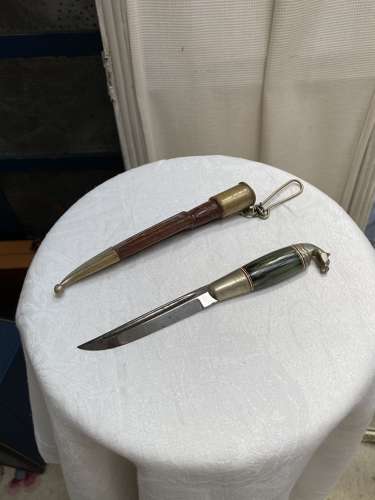 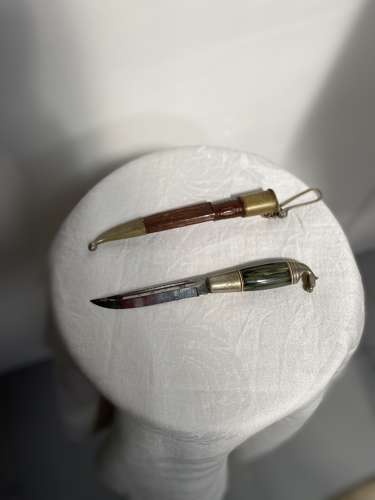 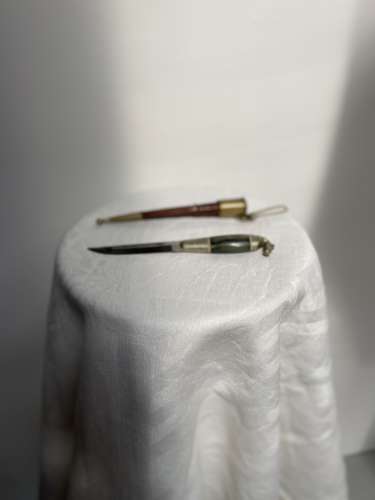 This knife is a traditional Kauhava style horsehead puukko from the most well known knife making region in Finland. The highly polished blade has the maker's name 'Iisakki Jarvenpaa' in the blood groove and 'Made in Finland' on the bevel.

Galalite is a bioplastic which was developed at the end of the 19th century. It is made by immersing the naturally derived milk protein casein in formaldehyde. The name Galalite derived from the Greek words gala (milk) and lithos (stone). Producing Galalite works to some extent similarly to the making of cheese. Galalite is fireproof and can easily be pigmented. After World War II, Galalite was widely replaced by petroleum-based plastics. This is a traditional Kauhava style puukko. Handmade with care.

Please fill in the information below

Can we also interest you in these?